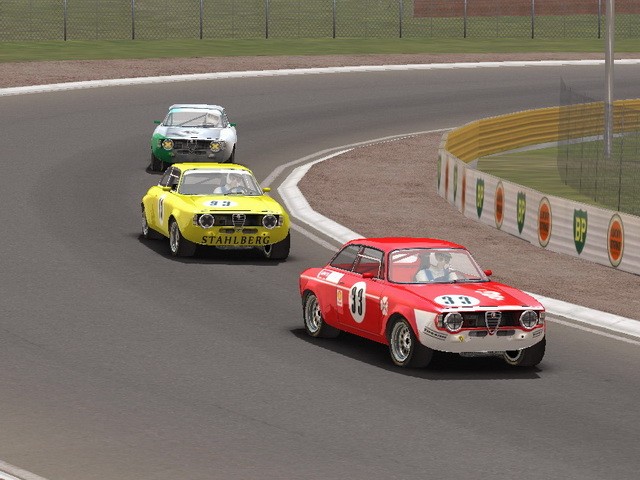 About:
The name of the Alfa Romeo has always been untrinsically tied to major successes in touring car racing. The different GTA versions of the Giuilia Sprint GT launched in March 1963 also played a decisive role in there successes.
The racing GTAs, which soon appeared on the circuits, became almost invincible opponents of the established brands. Among other things, this became apparent wen they won the European Touring Car Championships from 1966 through 1968. These successes were only surpassed by one vehicle, the little brother GTA 1300 Junior, which was prepared by Autodeelta, produced up to 160 Hp and beat every opponent in its racing class.
31 championship titles between 1968 and 1974, including winning the European Touring Car Championships five times in succession(1968-1972), speak for themselves.

NOTES: i had only one photo to work at some cars so some decals are fictional.